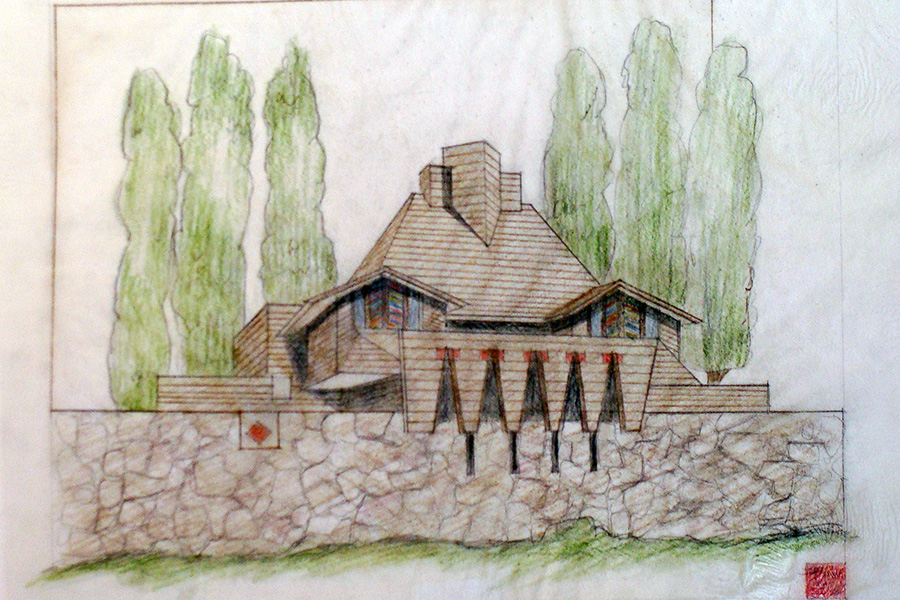 Though now it is accepted that Wright began the Lake Tahoe Summer Colony project while designing Pasadena’s La Miniatura for Mrs. George Madison Millard in 1923, he dated this and the other elevation drawing in this exhibition “22” under his initials within the red square chop.

Considered one of the earliest ideas of irregular stone retaining wall, he switched it to horizontal white cast blocks topped with stained board walls. In this design, Wright framed the natural stone retaining walls with artfully placed boulders. He not only changed the wall to a cast Tahoe beach sand one, but he renamed Fir Tree to become Shore Type Cabin in those later designs.

There were to be several cabin types dotted around the mountain and lake – teepee and mountain lodge forms, even floating barges with fanciful radio aerials.